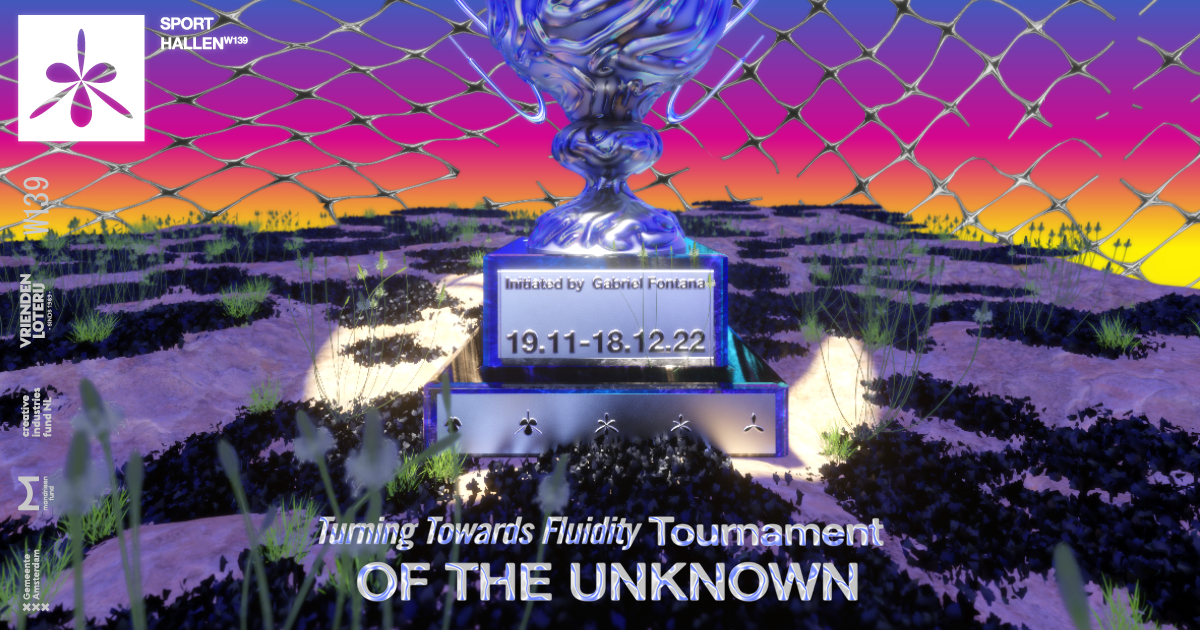 Turning Towards Fluidity: Tournament of the Unknown 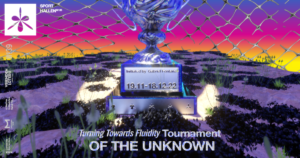 The Tournament of the Unknown will serve as a framework through which we think, act, and engage amongst each other, inviting us to re-imagine alternative modes of being together in society.

During the opening and the closing, the audience can actively participate in the tournament. Also, various groups – ranging from local schools to art organisations – will be invited to participate in the organised games held at W139. In addition to the tournament, an exhibition and public programme will take place in the W139 ‘arena’ so that the space is also activated in between games. We will be showing a selection of artworks and we will be organising a public program that includes lectures, a film night, and mediated world cup viewing sessions.

The exhibited artworks, which include installations, textiles, and video works, will intervene into the sports hall and provide new entry points into sports as a microcosm of society. Next to this we have curated a selection of clothing and accessories by independent designers and artists that engage with the intersection of sports and fashion. Merchandise, specially designed for the exhibition, will also be available at the W139 shop.

More information about the exhibited artworks, artists and partcipants here.

(We are closed Friday December 2nd)

Three games, specially designed by Gabriel Fontana, will be played during the opening. Joana Cavaco will be our MC, there will be musical accompaniment by snufkin and unique performances by Kexin Hao and Queer Choir Amsterdam. — Free entry.

A conversation with researcher Nathanja van den Heuvel and Gabriel Fontana, followed by a live screening of the World Championship football Iran vs USA with DJ battle to disrupt the competition. — Buy your ticket here.

During this evening film program we’ll be screening three works that engage with the geo-political, technological, and spatial underpinnings of sporting cultures—bringing the power plays in, and outside, the stadium in conversation with one another. — Buy your ticket here.

Join us at W139, to watch the quarter-finals of the World Cup with mediation of the game from artist and researcher Florian van Zandwijk. — Free entry.

18 December, 14:00-18:00
Closing event of Turning Towards Fluidity: Tournament of the Unknown

Joana Cavaco will be our MC during the playing of three games, there will be musical accompaniment by snufkin, a performance by Kexin Hao and Queer Choir Amsterdam will close the month of tournaments with a unique performance. — Free entry.